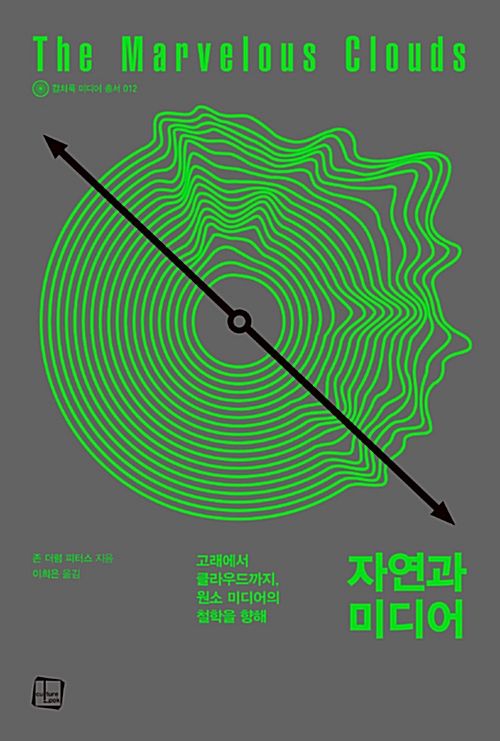 “We have the unhelpful habit of isolating the bright, shiny, new, or scary parts of the environment and calling them “technology,” to the neglect of the older, seemingly duller parts. (…) The perception of monotony is a measure of the breadth of mind: nothing would be boring to the mind of God.”

The book “The Marvelous Clouds” talks about the most 'monotonous' media, along with the newest media. The monotonous media is in a place that can be called the "environment," which is too natural to be taken for granted. Since the air pollution issue has been highlighted, and now that the global pandemic has penetrated everyday life, people are more aware than ever that the air is a form of “media”. Air has been both there and has been processed by men. Air was no more than an invisible environment for us until it obtained psychological and social visibility.

“The Marvelous Clouds” discusses media as an infrastructure that forms the invisible foundation of everyday life and includes humans and nature in the category of “media”. Although this theory is slowly being accepted by the public, it is an undeniable fact that the theory is yet unfamiliar to most people.

In Chapter 2, the author talks about the ocean as media and humans as distinct beings from the whale. Chapter 3 “The Story of Fire” refers to fire as a controlled resource, while Chapter 4 and Chapter 5 deals with “sky media,” the standard of calendars and clocks and the point of time for GPS. Finally, in Chapter 6 ‘Face and Book’ and in Chapter 7 ‘God and Google,’ discussions about the four elements of nature naturally lead to discussions about computers, Facebook and Google. Google, sky and theology are discussed within close relationships. Even the author’s media theory extends beyond metaphysics, a fusion of humanities and natural sciences, to “the study of everything”.

It can be said that a description like this shows the end of the media discourse that has reached the dead end, and the readers may feel exhausted by the discussion that has unlimitedly expanded. The author explains that this perception has become possible since the advent of digital media.

“These figures, not all of whom recognize “media” as their central theme, (…) They see media as the strategies and tactics of culture and society, as the devices and crafts by which humans and things, animals and data, hold together in time and space. We will examine them in turn.” - p. 18.

“But if we place digital devices in the broad history of communication practices, new media can look a lot like old or ancient media. Like “new media,” ancient media such as registers, indexes, the census, calendars, and catalogues have always been in the business of recording, transmitting, and processing culture; of managing subjects, objects, and data’ of organizing time, space and power.” - p. 19.

According to the book, new media may not be "new" completely distinct from old media, but it functions as an opportunity to view and define human existence anew. Therefore, the author’s theory of media is expanding its scope to metaphysics and theology. Just like how we had to watch the movie “Tennet” several times, the book may need several visits in order to deeply understand the links between chapters and their significance.