The statues and photographs resemble each other in that they present concise narratives. They represent the successive pasts in a compressed form through a single object, but this is also inevitably a process of reconstructing the viewer’s gaze and acquiring representation. That is why statues and photographs are often considered ideological. Interestingly, Dong-il Ahn held up a camera to dismantle the ideology of the statue. His photograph has a very similar role as a statue, but it functions as a suitable medium in that it makes him see “as it is” again. 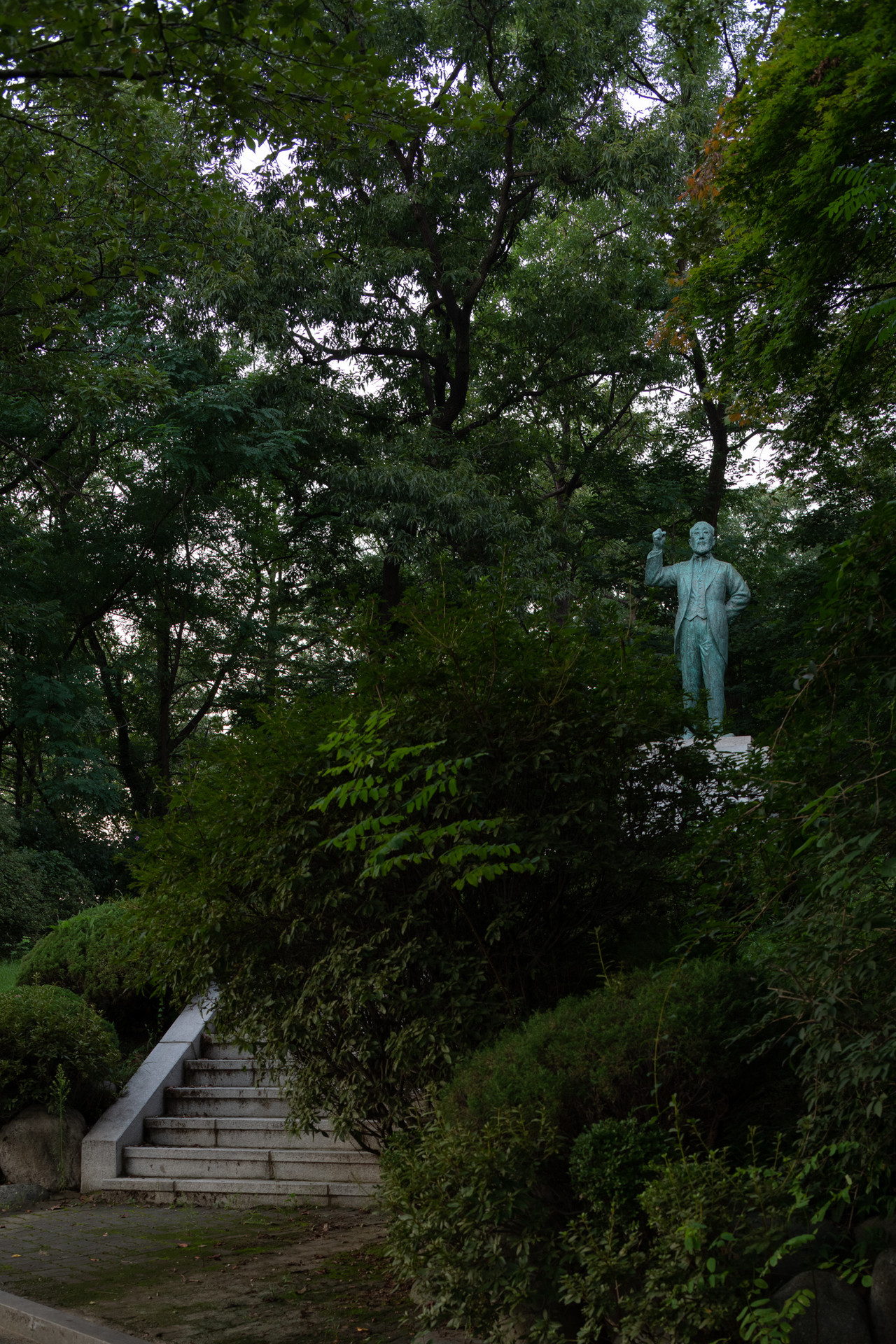 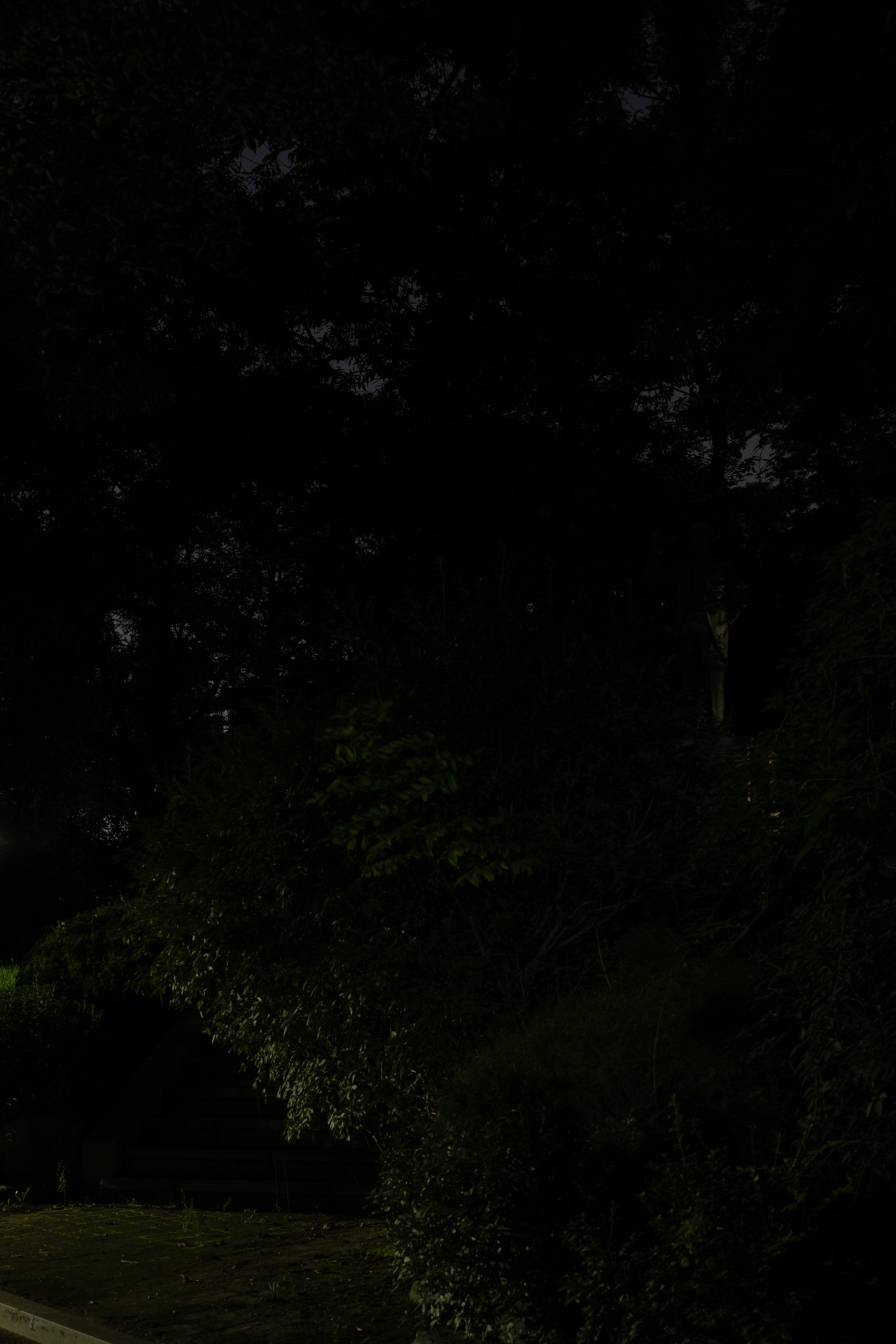 Dong-il Ahn focuses on the scene where the meaning of the statue has disappeared by giving changes in composition and rules. As a result, the message and ideology of the statue are eliminated. Although his main subject is clearly a statue, what works as a motif is a complex relationship between the settings of the statue and the context of the photos. Through Ahn’s photographs, we can reach the following questions.

“What or who is the statue for, and what does the location of the statue mean to us?”

A statue is inevitably an inseparable object from where it is built. The place might be on the street we pass by casually or in a place where we rest and naturally permeate our daily lives. In particular, this is why he pays attention to the statue installed in the Children’s Theme Park. This is because statues established in extremely casual places for entertainment further polarize the duality of the place. 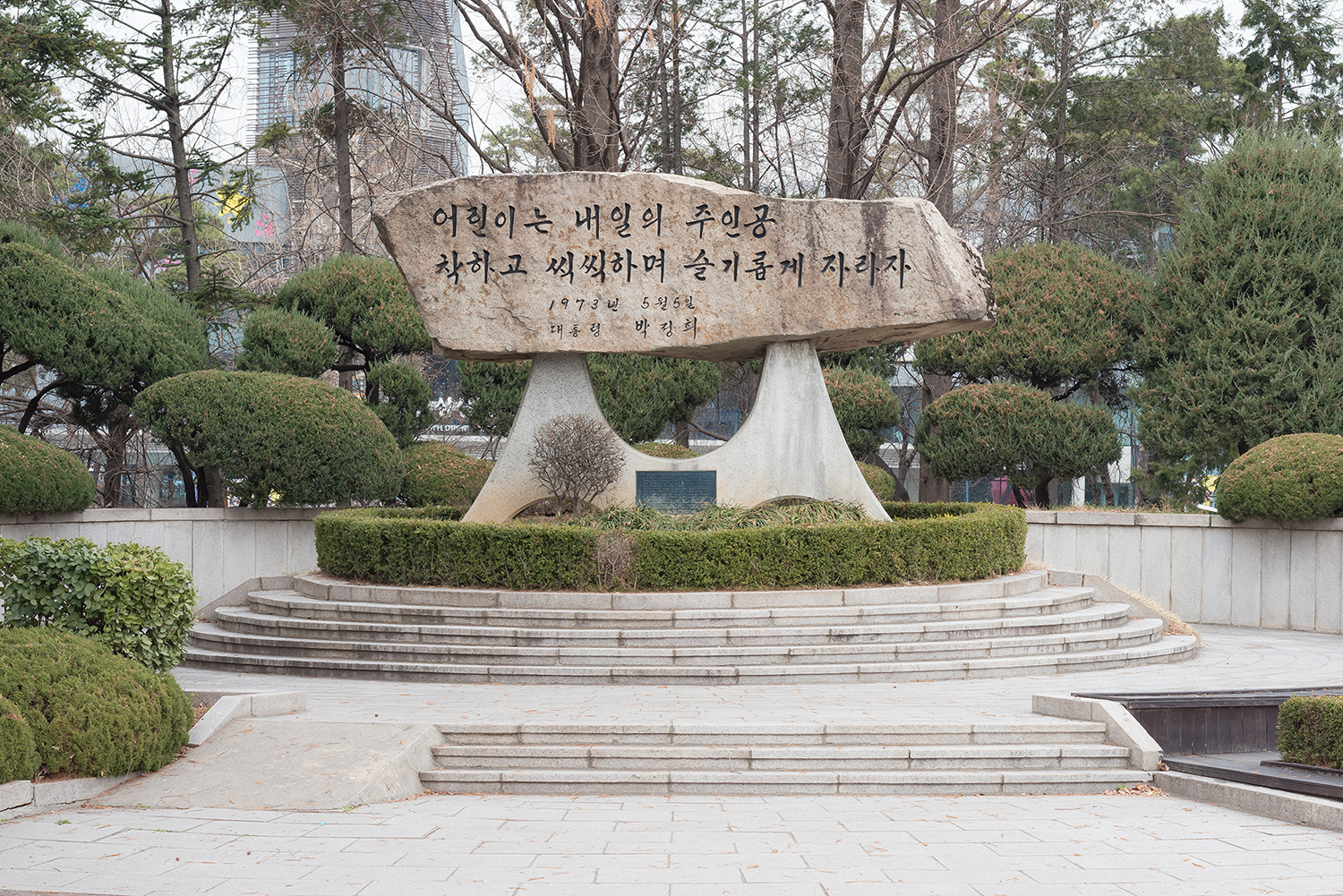 As a result, Dong-il Ahn replaces the powerful ideology of the statue by reasoning about it through photographic media. He chose the sta, but not just the statue. He draws context to a fixed object, a statue, and metaphorically draws narratives that make it exist. Through the process, Ahn acquired a “complex narrative” of context and environment, not the “fixedness” of the statue.

As it can be inferred from the title “installation view”, the space of symbols is newly constructed through interaction with the context and place in which they are placed. This does not work only in art museums or galleries. Ahn focused more on the context of these symbols. This also reflects the consideration of the fundamental human desire to easily define and jump to conclusions.

Ultimately, the significance of Ahn’s work lies in its photographic act. In other words, it is necessary to think through and comprehend what kind of attempt he was looking at to capture the object he observes. We can arrive at Ahn’s work by taking both the context and the existence of photographs into account instead of solely considering the final superficial results of the photos.