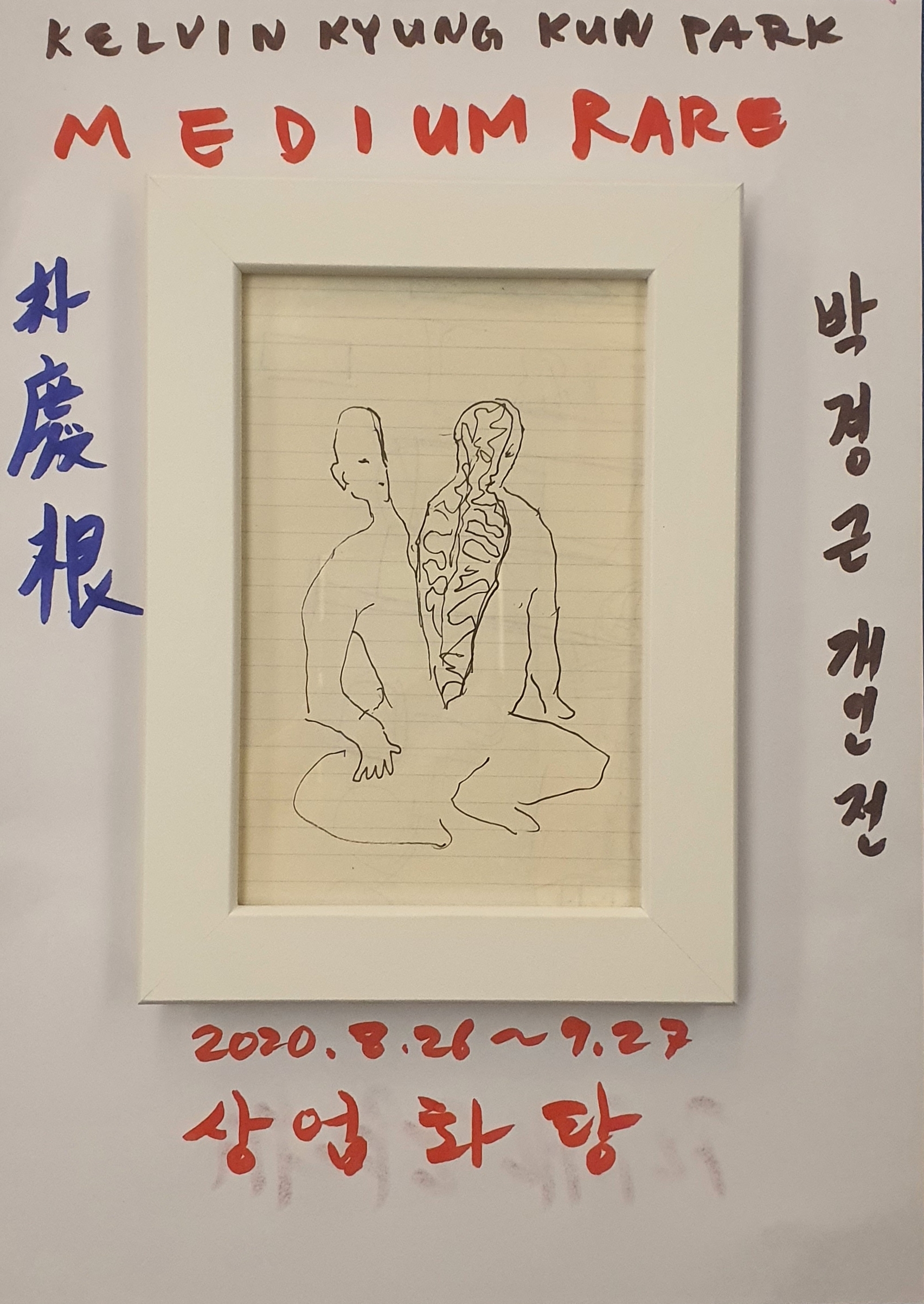 Among the many descriptions of artist Kelvin Kyung Kun Park so far, the Identity of a “Seoul Based Artist” is one of the most important for him. Artist Kyung Kun Park says there are art works that have to be done in Seoul. In other words, the works only can be made in a specific city: Seoul. The city of Seoul is an indispensable element for him in order to begin and complete the work. In particular, the characteristics and historical significance of regions such as Euljiro, Cheonggyecheon, and Jongno in Seoul are significant factors and sources of inspiration for the artist Kyung kun Park.

The coexistence of the heterogeneous elements of a city makes the place of the city even more attractive. On one side of Seoul, there are modern skyscrapers, high-tech subways, free wi-fi, shopping malls, and luxury department stores. On another side, there are spaces that retain the culture and history of Seoul from the past to the present. The city of Seoul has a history, atmosphere, and vibrant stories differentiated from that of major cities in the western countries. The video work shown in the exhibition at Sahng-up Gallery illustrates various types of people living in Seoul, as well as the diversity that can be found and experienced in South Korea, especially Seoul, and the people having an organic relationship with the background of all over Seoul.

In general, the process of completing a piece of work is not conveyed in detail to the public. Although "archive works" often appear in the contemporary art scene, they are limited to works pulled from archives, not drawn directly from the collections of active artists. On the huge screen showing the works of Kyung Kun Park, we see also the city of Seoul along with the history of South Korea from the artist’s perspective Kyung Kun Park’s works have been presented at international biennales, museums, and film festivals. The exhibition at Sahng-up Gallery zooms in on the large and small encounters on his journey as an artist. Personal drawings that have not been disclosed until now, and evidence of the agony accompanying the process of making films and video works that have already been shown at national art museums and film festivals.

Kyung Kun Park does not start with a concrete plan before making art works. He focuses more on what can bring out the function of the material as it is, not on a well-made design. In doing so, wires that need to be hidden smoothly pop out, and a bundle of wires can function as an important part of the work. His choices made in the the moment and use of materials, rather than the smooth and commercial images made by mass production, help to create crude but structural works that are different from other artists’. It is not a perfect plan, but the story behind the result – one that is completed in response to the situation, imagination, and senses faced while filming and editing the video at a moment in time – will help you to understand the artist’s works more deeply.

The title of the exhibition “Medium Rare” does not convey only one meaning. The Sahng-up Gallery hopes that through this exhibition, the audience will be able to recognise the meaning of the process behind the finished work. You will be able to discover the value of not only the finished work, but that one step of artistic development overlaps with another to create meaning. Moreover, “medium” – describing both an artistic medium and a means to an end – brings our attention to the artist's choice of medium and its meaning; and “rare” – having associations with value and undercooked food – brings focus to discovering the possibilities of his works as the developing artist. In its suggestion of a medium rare steak, the exhibition helps you to better understand the meaning of the process of creating a perfectly completed work through the steps and traces that exist on the other side of something completed.